RevJB is the second coming of your saviour! Er…well no, actually. I am just a twenty something year old Physics with Astrophysics graduate who enjoys most things geek! 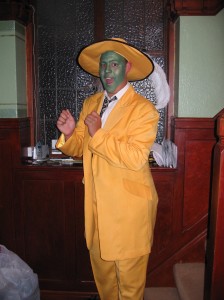 My obsession with space in particular came from a very young age and that drove me to pursue an astrophysics degree. I then followed this up by taking the opportunity to talk to others about how awesome space is, I took a job at the National Space Centre in Leicester. I work as part of the Education team there and a standard day can involve, checking to see if an asteroid is going to kill us, building rockets, programming Martian rovers, visiting Mars and even have video conferences with the International Space Station. So all in all it’s a fantastic job and it means I can spend all day getting excited about space and science and help other people, from school kids to adults, get excited and inspired too.

My interests don’t just lie in space, when I am not working there are lots of other stuff I enjoy as well.

First and foremost is gaming! I am a massive gamer, board games, computer games, role-play games and so on. I guess the one I do most is computer gaming…as it’s the easiest to organise. I enjoy a range of games with Real-time Strategy, Turn-Based Strategy, Simulation, City Builders and RPG’s being highlights, but I will play most things, so any suggestions are always good. If you are a gamer too me should certainly play games together at some point!

I am also a massive fan of music, and you will normally find me listening to it if possible. Favourite bands and artists include The Cat Empire, Scissor Sisters, Robbie Williams, Michael Jackson among many others. I was as well a piano player myself a long time ago in a galaxy far far away, and I still play when I can. This also ties in with my love of comedy as I have a particular soft spot for musical comedians such as Bill Bailey, Tim Minchin and Helen Arney.

One last thing people are often interested in is Film taste, so let’s have a look at that. My film taste is massively influenced by my love of space, technology and gadgets and as such i really like Sci-fi films, but I am not limited to just one genre. Some of my favourite films include thrillers, comedy and fantasy but i guess the easiest thing to do is just list some! so here we go: Star Wars (all 6!), The Lord of the Rings, Iron Sky, The Avengers (plus most of the prequels and i will guess most of the sequels too), All the Batman films, Watchmen, The Matrix Trilogy, Alien, Aliens, Kung Fu Hustle, Sex Lives of the Potato Men, Blade, Blade 2, Back to the Future (all 3) and Kick Ass. There are also many others but I got bored listing things.

Well i hope that gives a little insight to who I am. All that’s left to say is enjoy my little piece of the internet and get in contact if you have suggestions for content, reviews of my content, want to just chat, want to play games… in fact, just get in contact! we can sort something I’m sure. But for now, I’m signing off, enjoy!