As you may already be aware, I love space. I have always loved space and I imagine I will continue to do so. Unfortunately, I was born 19 years after humanity set foot on the Moon. While I missed out, I am aware of the huge impact this had, the technology and inspiration from this mission is still felt today. But last week, something changed, a press conference was announced and rumours started flying of a manned mission to Mars in 2018. This was the stuff of dreams, could this announcement by my Kennedy’s “we choose to go the Moon…” speech, was I about to get swept up in my version of Apollo fever. It was certainly starting to look that way.

The press conference was being held by the first space tourist, multi-millionaire Dennis Tito. He was presenting a ‘mission for America’ something that involved a technical paper he was releasing on March 3rd. This paper looked at the feasibility of taking a two person crew on a fly by of Mars and returning them safely to Earth. Amazingly the paper showed that, using current technology, this mission was entirely possible. Exploring even further showed that engineers and experts worldwide were agreeing, thanks to a special alignment of the planets, we could in fact get to Mars and back, using current rockets in 501 days.

With news like this you can see why I was excited for the press conference. As buzz built my colleagues and I prepared at work for a busy couple of days after the conference. Press statements were made and arrangements for media crews to join us on Wednesday night to film our reactions to the announcement. So with 5 of us sat in front of the big screen at work, the conference began.

Dennis Tito was sat with colleagues and co-authors of the paper in front of the gathered press to make a history changing announcement. It all started very positive. Tito stated without a waver in his voice that while great progress in robotic missions had been made, human spaceflight have flagged behind. His intention with the Inspiration Mars Foundation is to ‘bridge the gap between the International Space Station and the upcoming SLS/Orion missions. It was a non-commercial mission that would serve to inspire future generations to push them selves to the edge of what was possible. He then said “We are launching January 5th 2018″… Wow! This was it, we were going, despite all the odds and the naysayers, that is what he said, ‘we are launching’ not we ‘might‘ be launching. One for the history books, my cap is doffed for you Dennis!

But wait, almost as quickly as he stated we were going, he followed it up with possibly the most damning statement of any project. “I will personally fund the mission until 2014.” Now this statement might seem positive enough, but if you read between the lines (and listen to what he then proceeded to say) it became very clear that they have a severe shortage of cash! This went from being the biggest news to being something we will probably have all forgotten about in a few weeks. They were looking for investors. Sigh. 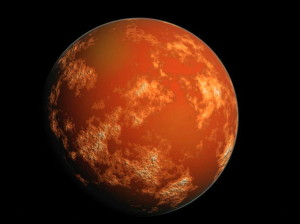 This fake Mars is about as far as you will get on only two years funding. (Also why didn’t they use a real picture of Mars?)

So that was it, with one fell swoop, one measly sentence I began to lose interest, why have we gathered everyone here, there is no mission just some rich persons pipe dream. But that wasn’t the end of this debacle…oh no, grab your popcorn because it gets more interesting.

The subtitle, “A mission for America” didn’t quite sit right, until the latter half of the press conference. As it happens, Dennis Tito is very much a man of his age. He made it very clear and almost outright said it, this was an American mission, to launch and American rocket crewed by American astronauts (presumably to an American Mars? see picture above). They were not looking for help from other countries, this was revealed after a good 60 seconds of awkward shuffling when asked about other countries. I find this quite frankly bewildering. Let’s ignore for a moment that space travel is slowly but surely getting more and more international (16 countries involved in the ISS), let’s ignore the ultimate aim for worldwide collaboration and acceptance, but let’s instead concentrate on Tito.

You see Dennis is most well known for being the first space tourist, but back during his attempt to buy a ticket he was flat out refused by, guess who, America! NASA didn’t want anything to do with him, in the end it was the Russians who agreed to train him and fly him up there, in fact there were serious discussion about banning Tito from the american section of the ISS! WTF! And here he is, for want of a better word, ‘pissing’ all over that relationship, just to push the “America the great” viewpoint of old.

Dennis sitting next to a RUSSIAN cosmonaut, climbing out of a RUSSIAN Soyuz!

Now i am not a savvy business man, but holding a conference in which you are attempting to secure investors and then outright saying that you only want American involvement seems like a small misstep to me. A quick look at the Forbes rich list shows that of the 100 richest billionaires only 36 of them are American, now yes, ok any one of those 36 could pay for the mission with no problems, but cutting 64 other very rich people out of the deal seems very short-sighted, especially when the only donation you have had so far was $10 from a 6-year old (probably made up for emotional marketing nonsense). 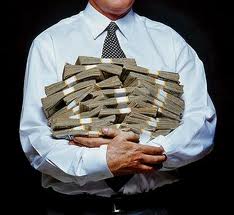 Current estimates suggest Tito will provide $100 million out of the possible $2 billion they need. You need more Tito!

The overall feeling after this conference is a massive sense of disappointment, it had a huge potential, but that seems to have disappeared. This complex, time-sensitive mission needed to have all the parts in place from the get go to succeed, and currently this one doesn’t have the most important part. Not only that but Tito has potentially soured some relationships with the dated way he shunned collaboration.

As it stands I feel there is literally no chance that this mission will even get off the ground. As far as I am concerned this is just some rich mans dream, maybe I will sit and design a mission to colonise Mars there will be swimming pools and blackjack and a theatre for Las Vegas style shows, I can do it for $1 Trillion dollars, of which I have no doubt I can raise. You would say I’m mad, but this is exactly what Tito has said and he like me has no money to get his project started. Maybe  I will be surprised, maybe there are some rich American people who share similar views and maybe they will pay for Tito’s American eagle to make Mars the red in the Star Spangled Banner. 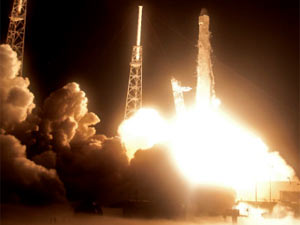